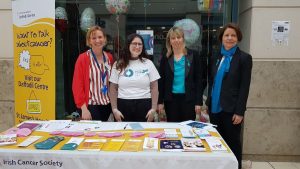 Do Not Ignore Abdominal Changes or Family History

On World Ovarian Cancer Day, 8th May, Ireland’s foremost Ovarian Cancer Campaigners, Researchers and Patient Advocates are advising women across Ireland not to ignore the warning signs of Ovarian Cancer, a disease commonly known as the ‘silent killer’.

Ovarian cancer is the 6th most common female cancer in Ireland. Approximately 411 women are diagnosed each year with 272 women losing their lives due to the disease. Ireland ranks among the highest in the world in terms of mortality from ovarian cancer.  The BEAT Ovarian Cancer Campaign highlights the key signs of the disease.

BEAT Ovarian Cancer by knowing your body, knowing the signs and getting help at an early stage if you have any of the following for three weeks or more:

Bloating that is persistent and doesn’t come and go

Abdominal and pelvic pain you feel most days

This World Ovarian Cancer Day, a new video from Breakthrough Cancer Research uses the personal experiences of ovarian cancer patients and survivors to highlight the signs and symptoms for women to look out for.

In the video, Clare woman, Mary McGrath says “If I had known 10 years earlier that this IBS was not IBS, I probably would have been caught at stage 2 or 1.” Symptoms of ovarian cancer can be similar to IBS so it is important to talk to your GP, particularly if you develop IBS symptoms after the age of 50.

Ovarian cancer patient and advocate, Anne Herlihy shares her story in the video too. “I wish I had known. If I could go back and know that that chronic constipation I had for months was a symptom of ovarian cancer, things would be different.”

“The symptoms of ovarian cancer can be confused with other illnesses. However, the key difference is that these symptoms are persistent and do not come and go. The BEAT campaign is encouraging women to be aware of changes in their stomach, pelvis and abdomen and to speak to a GP where they are concerned. Women with a family history of Ovarian or Breast Cancer should be particularly vigilant and mention this to their GP.”

“Symptoms can be similar to other conditions, which can lead to late stage diagnosis and has led to the disease being known as the ‘silent killer’. While there have been many advances in the diagnosis and treatment of many other cancers, ovarian cancer has had little improvement in its prognosis over the last 20 years.”

The focus in the past year on another gynaecological cancer, Cervical Cancer, has highlighted the importance of screening programmes and vaccinations, where these are available.  Smear tests and the HPV vaccine are not effective for Ovarian Cancer however.  Unfortunately, the fight against Ovarian Cancer also struggles with a lack of a simple diagnostic test which makes individual vigilance of symptoms all the more important. 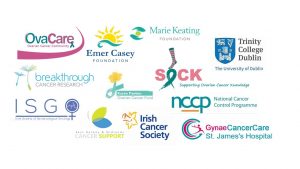 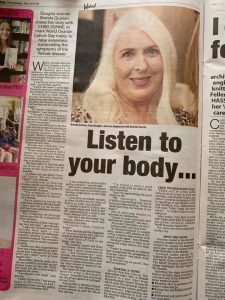 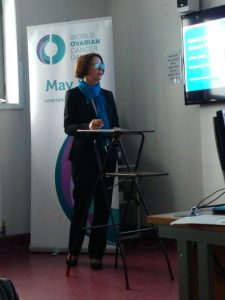 To raise awareness on World Ovarian Cancer Day free public events will be held in Dublin, Cork and Galway on Wednesday, 8th May.  Information posters are attached.