Do you want to see how ENGAGe members have celebrated the first-ever World Gynecologic Oncology Awareness Day (World GO Day) on September 20th, 2019?

ESGO-ENGAGe call women in more than 20 countries to GOfor action now to impact the future – a world without gynecologic cancers!

This year’s initiative aims to raise awareness and to highlight the risk factors, symptoms, early detection and prevention strategies related to the main types of gynecologic cancers that impact women: cervical, ovarian, uterine, vaginal, and vulvar.

Gynecologic cancers affect approximately 98 thousand women a year in the United States, 58 thousand women are diagnosed with cervical cancer every year in Europe, but the general awareness and consciousness level are still significantly low.

The World GO Day aims to encourage women to get the facts, recognize the signs and take action with the international campaign “GOfor…Awareness, Action, Hope, Life” held simultaneously in more than 20 countries on Sep 20th, 2019.

“We hope that, in cooperation with other stakeholders and by working closely with advocacy groups and policymakers, we can raise awareness and better support the efforts to promote prevention and early detection of gynecologic cancers. The World Go Day is a joint global effort to improve the survival rate and quality of life for women worldwide” Says Denis Querleu, ESGO president.

To mark the launch of the World GO Awareness Day, on September 20th national sports-related activities will be organized in more than 20 countries with the slogan “A Game Against Cancer” as well as an international digital and social media campaign to drive women to engage with and share gynecologic cancers information.

Esra Ürkmez, Co-Chair of ENGAGe, says “We believe that the initiative of the World Gynecologic Oncology Day on Sep 20th will encourage women to take action, reinforce the local activities and increase the awareness among women for prevention, diagnosis and the best treatment options. ENGAGe calls women to act now for a healthier life”.

“Over 50 cancer advocacy groups in more than 20 countries, pharma companies and international cancer organizations have joined forces with the World Go Day initiative to raise awareness on Sep 20th. Together we can shape the future with “GOfor…Awareness, Action, Hope and Life” – a world with no gynecologic cancers.”. Says Murat Gultekin, Co-Chair of ENGAGe.

Additionally, pictures and messages will be shared online using the hashtag #WorldGODay, to create a global conversation on Gynecologic Cancers, as well as on the official World Go Day website at www.worldgoday.org.

Gynecologic cancers can be prevented.

Regular screening and examinations, as well as lifestyle choices, can increase the chance of prevention or even early diagnosis of gynecologic cancers when treatment can be more effective, and a complete cure is possible.

Although cervical cancer is preventable and can be cured if diagnosed at an early stage with HPV testing and regular Pap-Smear screening, 7 out of 10 women avoid being examined with the worry of the possibility that they might have the HPV virus.

Ovarian, uterine, cervical and other gynecologic cancers are among the most common cancers affecting women, but the general public awareness of these cancers is still significantly low.

Established in 2012 by ESGO, the European Network of Gynaecological Cancer Advocacy Groups (ENGAGe) represents advocacy groups of patients affected by all types of gynecologic cancers, from the rarest to the most common, particularly: ovary, endometrial, cervix, vulva and rare cancers.

ENGAGe is the voice of gynecologic cancer patients in Europe.

With over 50 gynecologic cancer advocacy groups in 25 countries, ENGAGe is Europe’s largest network.

ESGO is Europe's foremost organization in gynecologic cancers, dedicated to improving the survival and quality of life of European women with gynecologic (genital and breast) cancers by contributing to the prevention, treatment, and research of gynecologic cancer and the education of healthcare professionals and researchers worldwide.

Since its foundation in 1983, ESGO is a growing not-for-profit organization and forum of more than 2,500 professionals from over 40 countries around the world, leading the way to advancing the highest quality of care for women with gynecologic cancers.

ESGO and ENGAGe gratefully acknowledge the generous support provided by the following sponsors and supporters of the World GO Day 2019:

Join us on the celebration of World GO Day (World Gynaecological Oncology Day) on September 20th!

ENGAGe and ESGO are very excited to update you on the progress of World's First Gynaecological Oncology Day Launch. 22 non for profits, mostly from Europe and some from United States, will be celebrating the day together. A symbolic game against gynaecological cancers will be played. Survivors, caregivers and HC Professionals will meet in a basketball/volleyball/soccer game with attendance of our volunteers from professional sports club.

Feel free to use any information to raise awareness about this project. You are welcome to address any other non for profits, anyone who is willing to take part, including any women’s product companies. Make this day your own and all about women! Our campaign is for the public and our messages are not only for treatment, but also for prevention measures,

We are also very happy to announce that we will produce united T-shirts and pins, which will be sent to each organisation who takes part in this project. 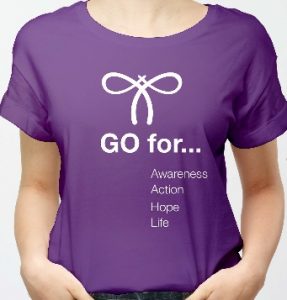 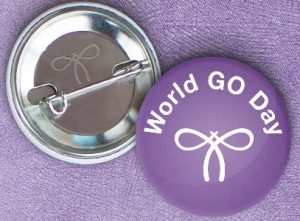 WHAT IS WORLD GYNECOLOGICAL ONCOLOGY DAY

Ovarian, uterine, cervix and other gynaecological cancers are among the most common cancers affecting women, but collectively attract less attention than they deserve from the public and policy makers.  Women themselves may be unaware of the sometime vague symptoms or may be too embarrassed to consult a doctor, and there remains a stigma associated with these diagnoses in some quarters. This reticence needs to be overcome and a more positive message developed to improve the prevention, screening, treatment and care of gynaecological cancers so that women throughout Europe have the best chance of survival and quality of life.

Raising public awareness in matters of prevention, early detection, understanding of symptoms and treatment options in gynae cancers, healthy lifestyle has been on the ESGO (European Society of Gynaecological Oncology) agenda for many years. In order to raise the awareness, advocate and educate patient advocate, patients, their families and lay public, the ESGO established the ENGAGe (European Network of Gynaecological Cancer Advocacy Groups, a network of patients advocates and patients in 33 European countries in Europe).

Together with 2,500+ individual ESGO members, the health care professionals involved in prevention, research, treatment of gynaecologic cancers, ESGO and ENGAGe represent a unique and exceptionally strong network of professionals and volunteers committed to fight against this silent killer.

With the partnership of ENGAGe and ESGO Members, on the day of September 20th, survivors, caregivers and Health Care Professionals will meet in a basketball, football or volleyball game with attendance of our volunteers from professional sports club, to play A GAME AGAINST GYNECOLOGICAL CANCERS worldwide.

This new initiative will be spearheaded by ENGAGe that will promote collaboration among patient groups, strengthen local advocacy activities and provide a platform for stakeholder engagement by bringing local and international attention to Gynae cancers and educate women on prevention, detection, best treatment options.

Watch the webinar about the GO Day strategy. 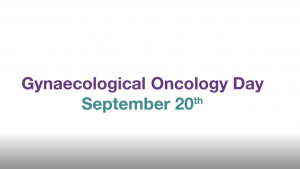 Get notified on all news and activities right in your mailbox. 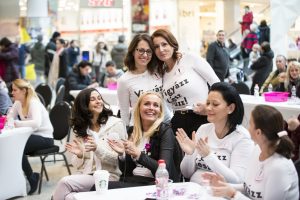