RISCC stands for “RIsk-based Screening for Cervical Cancer” and has received funding from the European Union’s Horizon2020 Framework Programme for Research and Innovation. RISCC is a multidisciplinary consortium of key researchers in the field of HPV, HPV screening and HPV vaccination, which aims to develop and evaluate the first risk-based screening program for cervical cancer and provide open-source implementation tools, contributing to the elimination of cervical cancer in Europe.

Cervical cancer is the fourth most common cancer in women worldwide. In Europe alone, 61,000 new cases and 25,000 deaths were reported in 2018 (Ref), despite the fact that cervical cancer is preventable when detected in a precancerous state. On May 19th 2018, the WHO director-general launched a call for action to eliminate cervical cancer and urged to embed services in strong health systems aimed at delivering universal health coverage.

Many European countries have implemented organized cervical screening and about 70 percent of the EU citizens have access to an organized program (Ref). Their success is evident: in countries with an organized screening program, incidence and mortality rate have decreased up to 70 percent (Ref).

Nevertheless, cervical cancer is still common and is even on the rise in several Central and Eastern European countries (Ref). Increasing incidences have also been reported in other parts of Europe. For example, the cervical cancer incidence increased by 15 to 30 percent in the Netherlands, Sweden, and the UK in the last decade (Ref 1, 2, 3). This underlines that if we want to eliminate cervical cancer as a public health problem , we need more effective screening.

Most screening programs report a high proportion of unnecessary colposcopy referrals of about 80 to >90 percent. The lack of efficiency is also reflected in the number of screening invitations which varies from 7 to > 40 between European countries (Ref), but is not clearly associated with the country-specific cervical cancer incidence. This suggests considerable overconsumption in regions and our preliminary estimates indicate that across Europe at least €100 million can be saved annually by making screening more efficient. This clearly underlines the need for more efficient screening.

More effective and efficient screening go hand in hand and together they imply that screening resources should be directed to those most at risk. Current screening programs, however, use one-size-fits-all protocols. Preliminary analyses show that the effectiveness and efficiency of cervical cancer screening can be drastically improved by moving away from one-size-fits-all screening towards an approach based on individual risks. This would be an important step forward in the realization of our goal to eliminate cervical cancer. 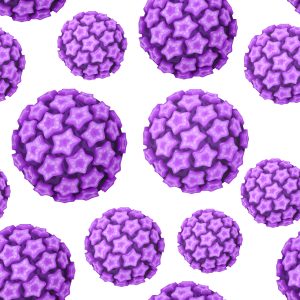