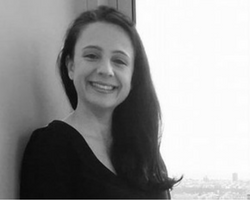 We are bringing you the extra Newsletter focused on GO Day Campaign.

22 NGOs mostly from Europe, USA and Asia will organize various events on this day. A symbolic game against gynaecological cancers will be played.  Join us and celebrate with us September 20th as World Gynaecological Oncology Day (GO Day)!  You can support us on social media as well, produce your own content with the hashtag #GOfor.

You can read more about the progress in the following article.

We would like to draw your attention to the election to the ENGAGe Executive Group which will be held during the General Assembly meeting in Athens on Sunday, November 3, 2019. All the motivation statement together with the pictures of the candidates can be found on our webpage.

We are also bringing you the abstract of the “Every Woman Study” which was conducted by World Ovarian Cancer Coalition and to which many of ENGAGe members have contributed.

Happy summer and we are looking forward to seeing most of you in Athens!